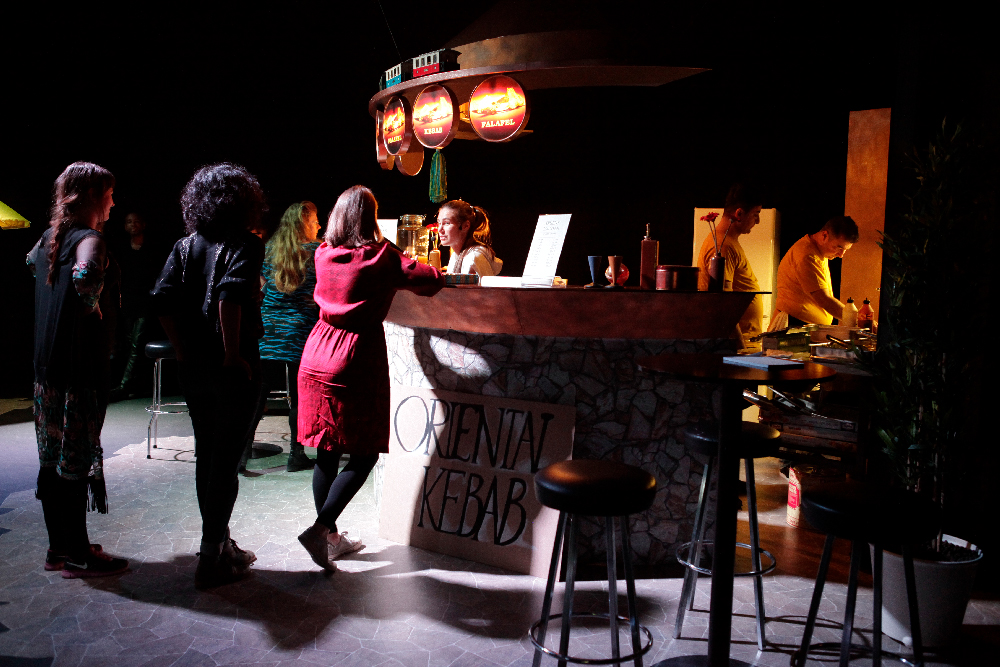 We are so happy to announce that a Lilith Commission from 2017 – YOU ARE INVITED – Orient Express Yourself by Dafna Maimon is living on in new shapes and will open tomorrow with the title
”FAMILY BUSINESS” at SIC artists’ space in Helsinki, Finland.

”Family Business” is the third in a series of exhibitions and performances inspired by autobiographical and micro historical research into a family-owned business – Finland’s first kebab and falafel restaurant ”Orient Express”, opened by the artist’s Israeli father in 1985. Located in the ”Forum” shopping mall in Helsinki city centre, the restaurant introduced Finns to the delicacies of the Middle East.

Now Orient Express has finally returned to Finland, 33 years after its initial opening, as the exhibition Family Business. At the opening event at SIC Space, the new mutation of the restaurant will serve falafel cooked and sold by the artist’s actual family members – her siblings.

As its next stop, the restaurant will branch out to Kim? Contemporary Art Center in Riga, where it will open in yet a new mutation as a performative space where collected local memories have been transformed into a script. The idea of a family business could be an overarching way to describe the artist’s work; she creates temporary small-scale communities that challenge stereotypical constructions. Through these communities, Maimon studies the very same elements her work materializes through; affect based constructions and their economies. 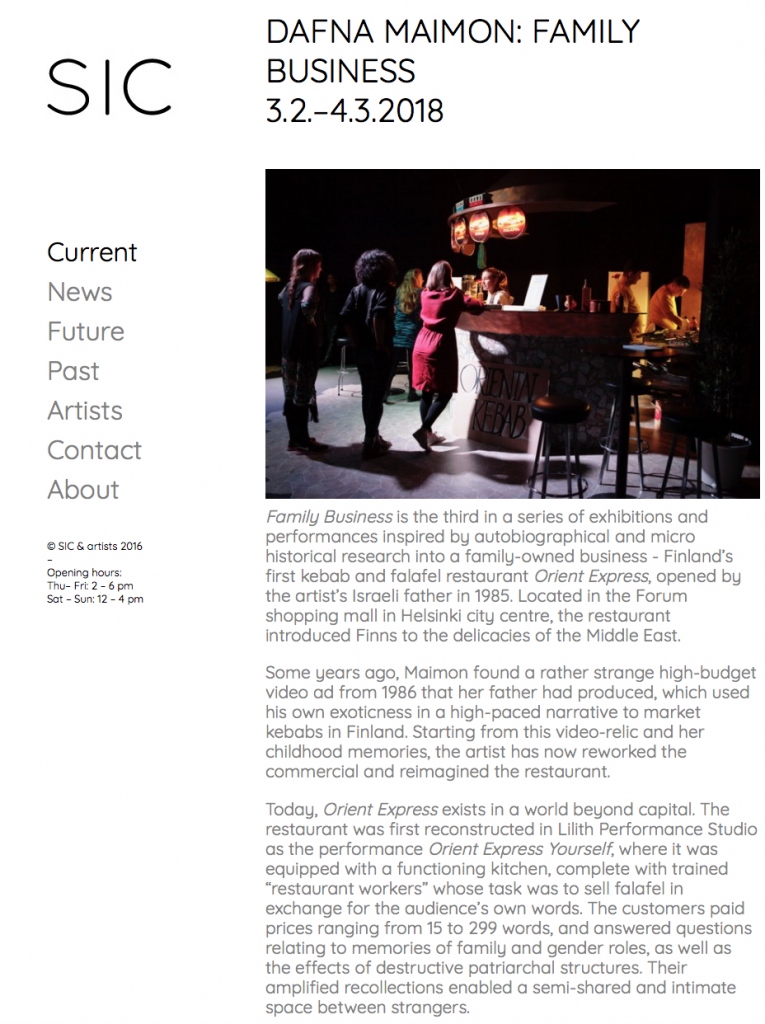 Transaction of Hollows by Melati Suryodarmo is highlighted – not to miss during Singapore Art Week in Art Radar.

Category : Uncategorized
Lilith Commission – Transaction of Hollows by Melati Suryodarmo is listed as NR 4 – not to miss during Singapore Art...

A Lilith production in Singapore! ShanghArt Singapore will show – Transaction of Hollows by Melati Suryodarmo – a Lilith Commission from 2016.

Category : Uncategorized
Happy to announce that a Lilith Commission from 2016 – Transaction of Hollows by the Indonesian artist Melati Suryodarmo will be...

Thank you for this lovely Celebration during this fall!

Category : Uncategorized
Thank you all for a Glorious celebration and a MAGNIFICENT Final of our tenth anniversary series YOU ARE INVITED! Baby...

Last chance Ever for Baby Shower for Mary TONIGHT and GREAT REVIEWS!!!

Category : Uncategorized
Already we have come to the END!! It has been a fantastic marvelous magical ride through this fall of out...
NEWSLETTER
@