Now the video docu of MODERN LIVES is ready! See it!
Category : Uncategorized

Now the video docu of our latest performance MODERN LIVES by the artist Dafna Maimon is ready to be viewed!

An emotional landscape to be seen!

Modern Lives draws its starting point from the life of a real person; the artist’s mother Ulrica Maimon, who in the early 2000s, created an alter ego for herself, the 1860s goldsmith’s widow Mrs. Gyllendaal Af Berntas. Mrs. Gyllendaal moved in to Maimon’s apartment, which was then furnished in a period-correct style. Throughout the years, Gyllendaal’s biography developed, along with her wardrobe and everyday tasks. Within the home, even family, friends and acquaintances participate in the roleplay.

At Lilith Performance Studio a full-size domestic arena has been built up for the alter ego Mrs. Gyllendaal. The widow inhabits the house together, with her doppelgängers, and her staff. This performative space becomes a construction site for the self, where the self can be seen as a multi-layered, fluxuating entity; an emotional landscape in motion. We step into the afterlife of trauma, where repetitive distorted fantasies form a surreal and melancholic world where its inhabitants echo themselves as prisoners of their own condition. 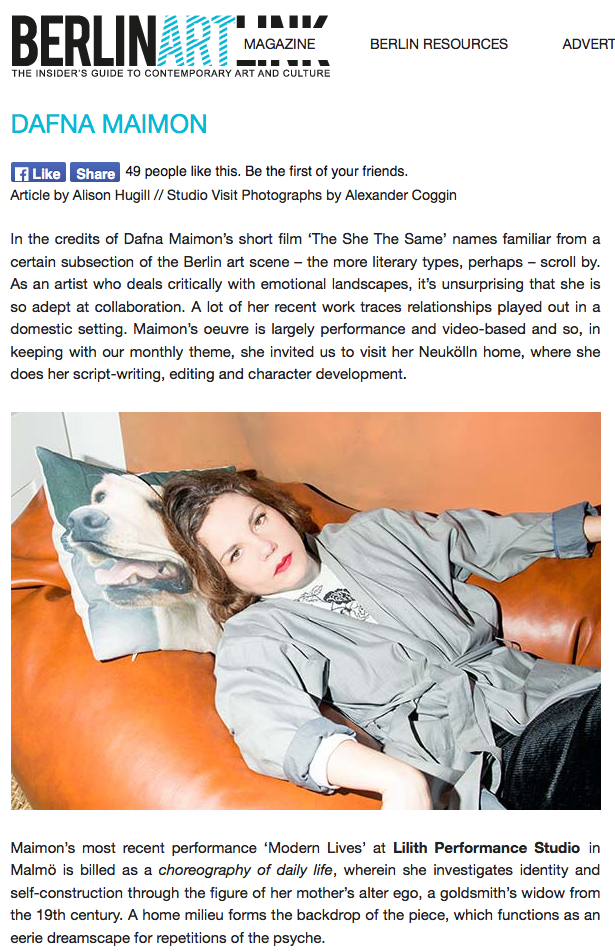