The Video Documentation of Passing through Metal is ready to be seen! ENJOY.
Category : Uncategorized

In April, 20 -23 Lilith Performance Studio did a major collaboration with the London based artist Oreet Ashery, the doom/sludge band Pyramido and 40 fantastic local knitters.
Here is the video documentation ready to be seen. Enjoy!

For the duration of two hours the audience was invited to pass through the sound of metallic rain produced by eighty metal knitting needles, each attached to a pick-up microphone, and occasionally interrupted by Pyramido’s heavy sonic wall of growling doom. Moving continuously through the architecture of the space, the public became part of the rhythm, as there is no safe spot to be found. 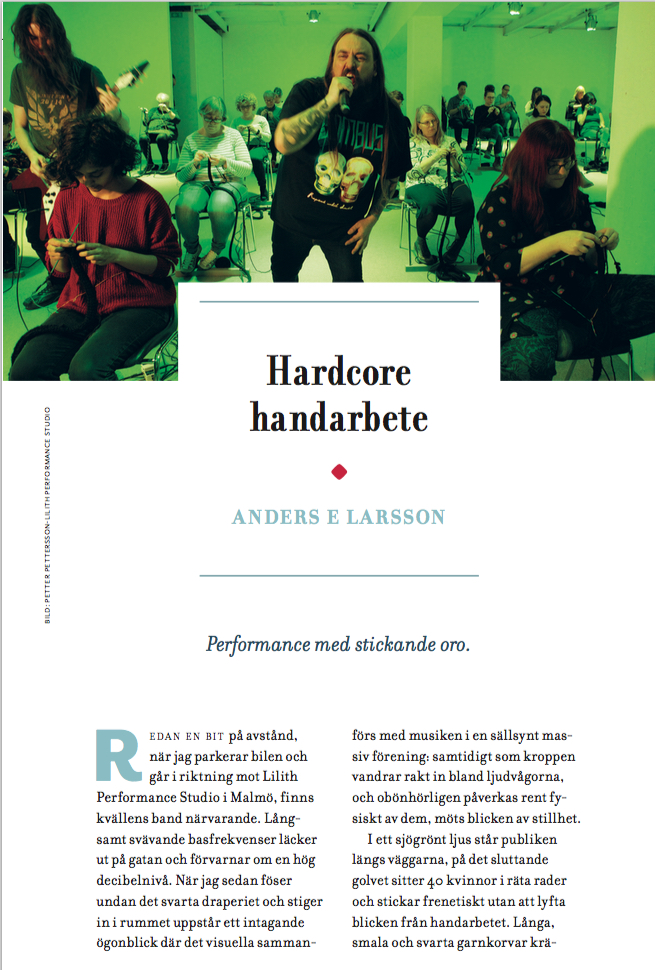 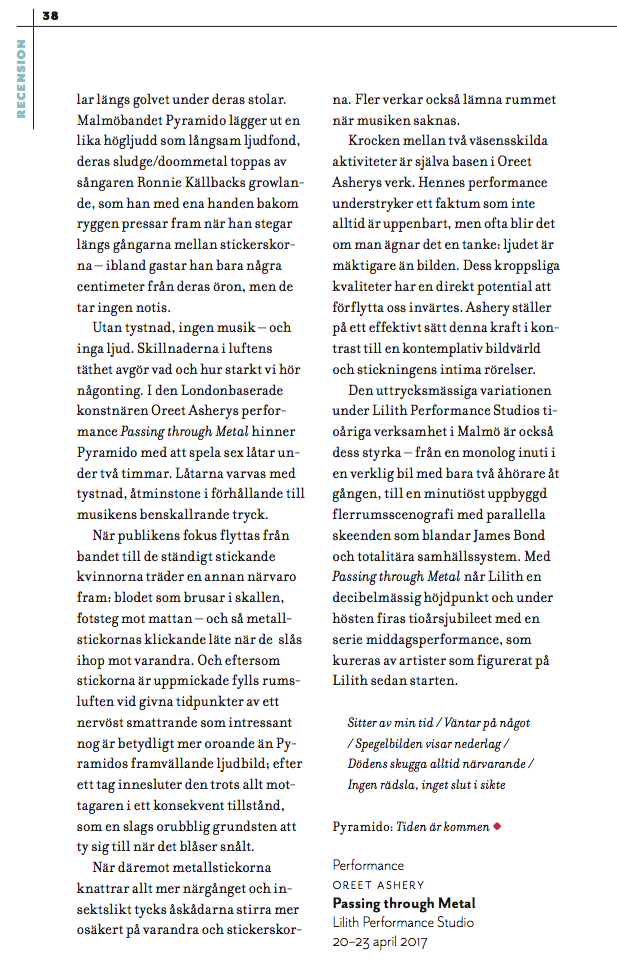