Very Nice Review in the newspaper Sydsvenskan written by the art critic Boel Gerell.
Tonight we are on again. Only two more times to experience ”Passing Through Metal”
Warmly Welcome between 8pm – 10 pm 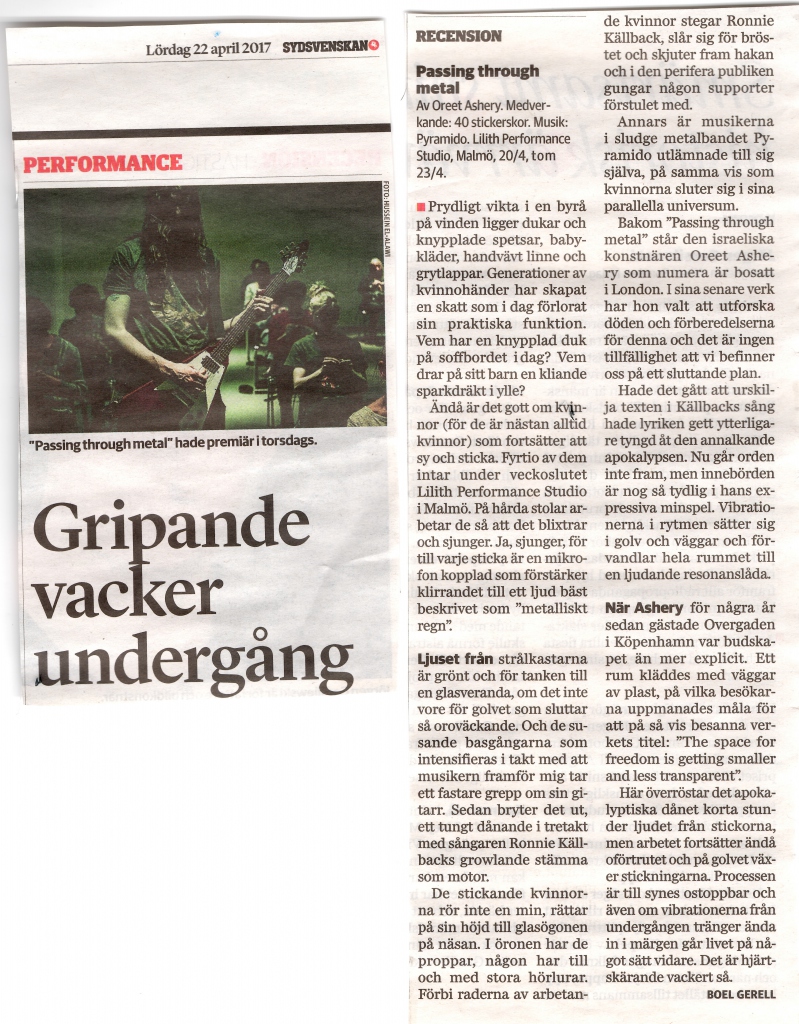 Translation of the review.

” – Heartbreaking beautiful metal rain in the anticipation of death!

Beautifully folded in a chest of drawers are tablecloths and lace-up lace, baby clothes, hand-woven linen and potholders. Generations of women’s hands have created a treasure that today lost its practical function. Who has a knitted cloth on the coffee table today? Who draws on its child a babygro in itching wool?

Nevertheless, there are plenty of women (for they are almost always women) who continue to sew and knit. Forty of them attend Lilith Performance Studio in Malmö this weekend. On the hard chairs, they work, so that it flashes and sings. Yes, singing, because each needle is a microphone that amplifies the clipping sound, a sound best described as ”metallic rain”.

The light from the spotlights is green and reminiscent of a glass veranda, if it wasn’t for the floor that slopes so troubling. And the sizzling bass runs that intensify as the musician in front of me takes a more firm grip on his guitar. Then it breaks out, a heavy thundering in triple time with singer Ronnie Källbacks growling voice as an engine.

The knitting women don’t move a muscle, raising at the most the glasses on the nose. In the ears they have plugs, some even have big headphones. Past the rows of working women Ronnie Källback strides, knocks his chest and pushes out the chin and in the peripheral crowd, some supporter swings along.

The musicians in the sludge metal band Pyramido are abandoned to themselves, in the same way as the women close in their parallel universe.

Behind Passing Through Metal is the Israeli artist Oreet Ashery, who is currently living in London. In her later works, she has chosen to explore the deaths and preparations for this and it is no coincidence that we are on a sloping plan.

Had it been possible to distinguish the text in Källback’s song, the lyric had given additional weight to the descending apocalypse. Now the words do not go out, but the meaning is so clear in his expressive mini-play. The vibrations in the rhythm settle in the floor and walls and turn the whole room into a sounding resonance box.

A room was clad with plastic walls, on which visitors were invited to paint to thus recite the title of the work: ”The space for freedom is getting smaller and less transparent.”

The apocalyptic roar drowns out in brief moments the sound of the knitting, but the work still continues unabated, and on the floor the knitting is growing. The process is apparently unstoppable and although the vibration from the doom penetrates right into the marrow, life goes on in some way. It’s heartbreaking beautifully so. 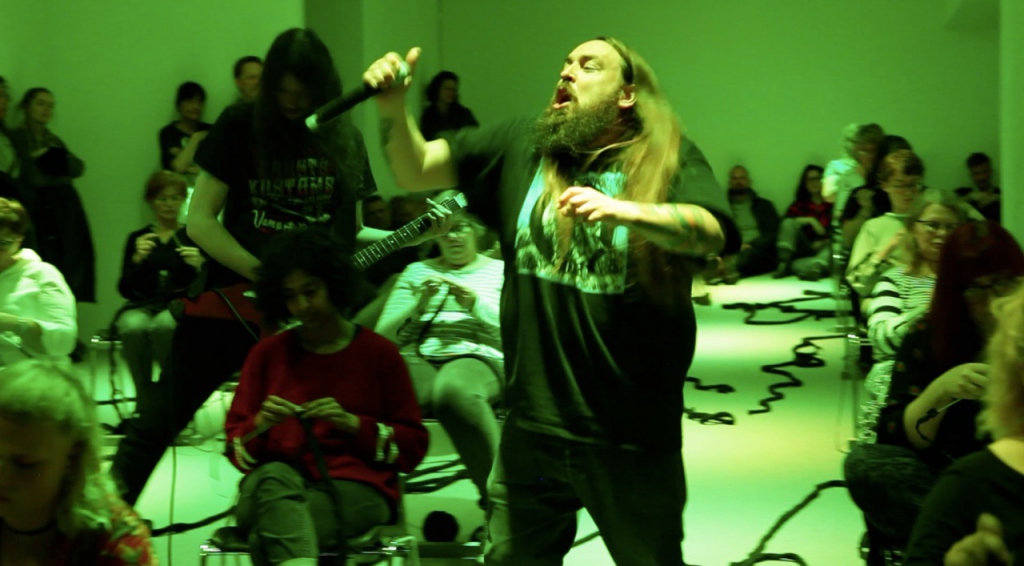 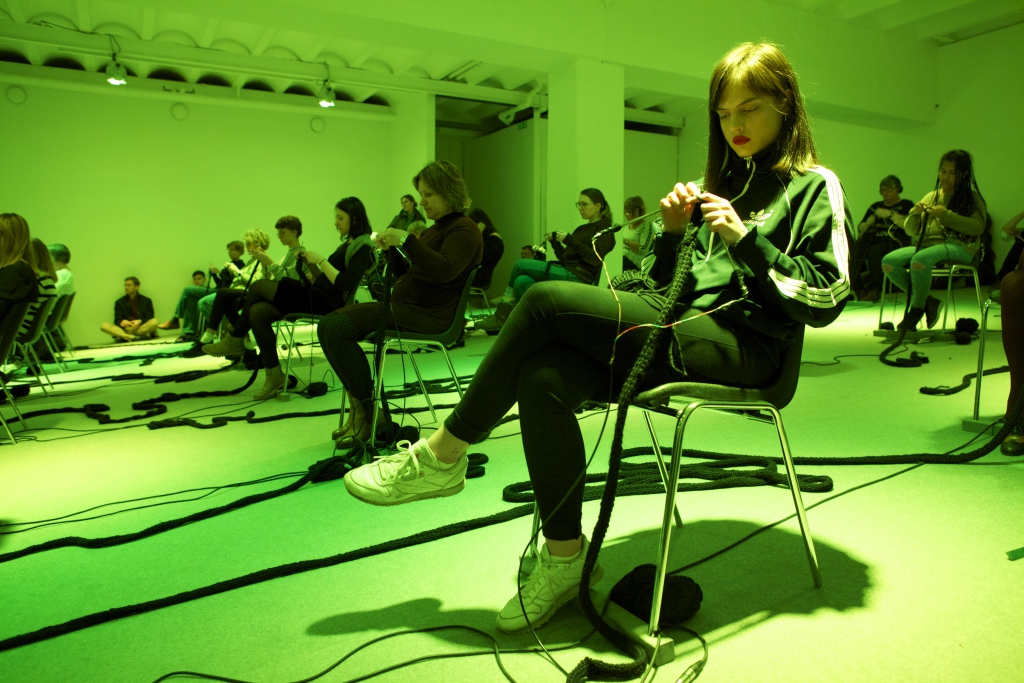 Category : Uncategorized
Last Night what a great feeling – Doom / Metal / Knitting  Now we are on the road to making ”Passing...